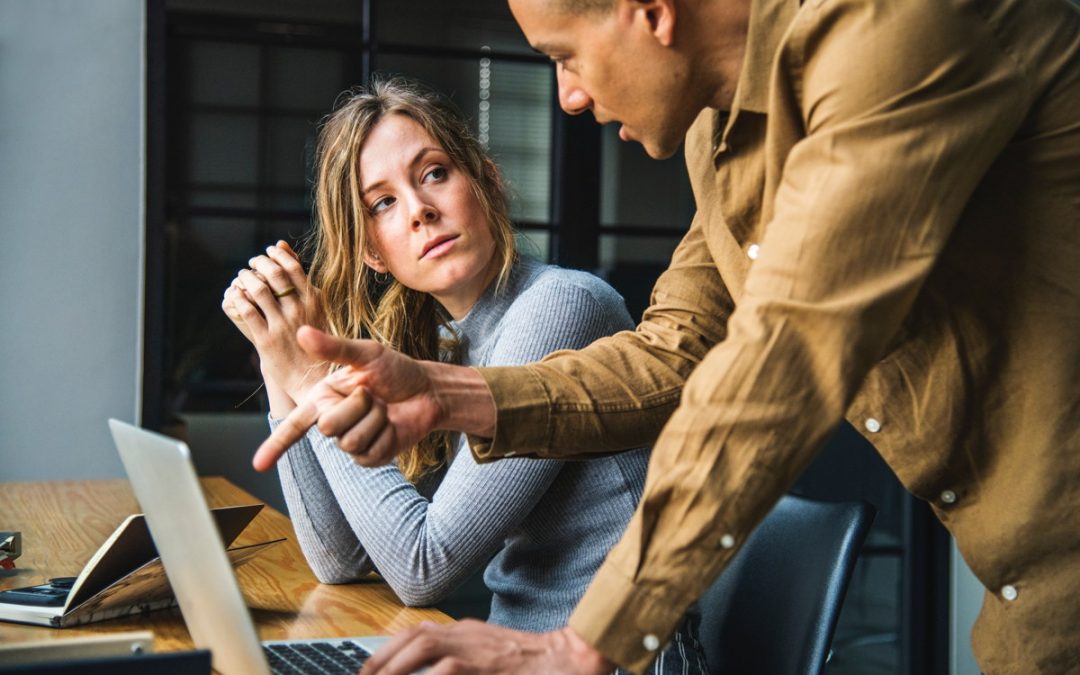 When I was younger, and in my previous career in Human Resources, I thought the way someone treated me was all about me. I would take things personally and even think I was at fault. As if I had any control in the way others behaved or what they said.

My work back then involved partnering with and providing guidance to people managers. Managers came to me frustrated about a situation with one of their employees or with a particular business objective like the need to reduce labor costs.

I was typically the first to hear their frustration. And in some cases, these managers would take that frustration out on me, in a way that felt like I was being attacked – just for bringing up the subject or holding them responsible for actions they needed to take.

By taking it personally and making it about me, the self-doubt and negativity would begin to spin.

Did I handle the situation correctly?

Should I have waited for a better time to discuss it?

How could I have reacted better?

I must have caused their reaction.

It must have been something I did or said.

It must be my fault.

See how easily it spirals? I think we all may have experienced this at some point.

This is critical self-talk, brought on by trying to take responsibility for someone else’s behavior.

It’s not productive, and it doesn’t make you feel very good either.

Here’s a more recent example from one of my coaching clients. One of her colleagues at work saw her as the bottleneck to a problem he was trying to solve in his department. She pushed back at the salary he wanted to offer to a potential new hire, it was above the maximum for the scope of the role and not in budget.

She was following best practices, and suggested other options like additional vacation time and a sign on bonus as a compromise, but the hiring manager exploded at her when he didn’t get his way.

He was rude, dismissive, talked over her and wouldn’t listen to her reasoning. Not what you’d expect from a professional at any level in the organization. Not what she expected from him.

His overreaction made it clear that this was a bigger ordeal for him and much larger in his mind. Stress and pressure can express itself in very inflated ways. His explosion over not getting approval to offer the high salary was not in line or what you’d expect for this situation.

My client said it felt like a personal attack at the time, raised voices and attacking language makes most people upset and feeling knocked off balance.

He even accused her of not being supportive; a low blow because she was known for and very proud of how she supported and collaborated with her colleagues.

She didn’t know how to respond to his unexpected outburst, except to stay composed, tell him they would discuss it later after he had some time to think about her proposal, and then she promptly left the room.

Upon reflection she realized it wasn’t personal. Her colleague had big plans for his new team and department, and this was the latest rejection of the plans that he had. It didn’t excuse his outburst and poor behavior, but she now understood more fully what it meant to him.

With practice it gets easier to not take things personally. When someone decides to lose their temper and treat you in an unprofessional or rude way, very rarely is it ever about you.

Simply becoming aware is half the solution. The other half is deciding how you are going to think and act about it, before it ever gets to the point of affecting your emotions.

So when you feel someone intentionally hurt you with their words or actions, you may feel thrown off balance, but try the following:

As you start to feel some emotions coming up, sit with them for a minute and put some understanding around the situation too. Excuse yourself if needed, especially if it’s a very tense situation.

Step back and put context around what was occurring to really see what was going on. Is there more to this situation? What else could be causing such a surprising reaction? The context could lead to you realizing it really had nothing to do with you.

You never know what someone else is going through. Maybe the person unleashing on you is having a very bad day, week or month…maybe she has a loved one that’s dying, or maybe he is dealing with an illness that’s causing a lot of stress.

It doesn’t excuse their bad behavior, but it allows you to think about the situation differently and act in a healthier way, for you and for them.

Don’t take it personally. If you do, that’s when it can spiral into feeding insecurities and self-doubt. Or worse, letting it repeat in your mind, negatively affecting your productivity and mood for the rest of the day.

So remember: you can’t control others, you can only control how you think, feel and act about a situation.

And if someone has treated you poorly, don’t take it personally.

You’ll be amazed at how this simple shift in perspective increases the productivity and happiness in your life.

– Photo by rawpixel on Unsplash